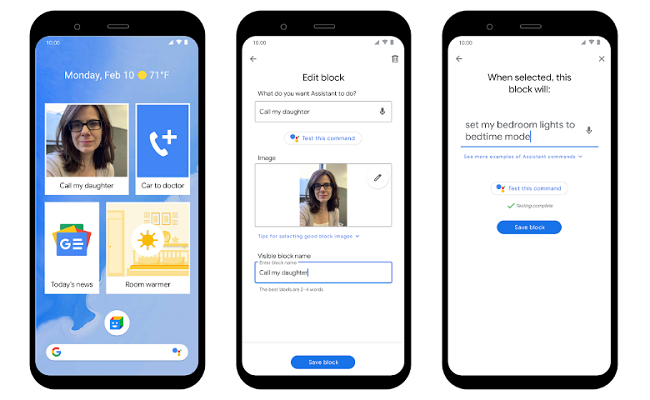 Google unveiled a series of updates to Android features and the launch of a new app designed to boost access to its services.

In a blog the company announced the Action Blocks app would help people with cognitive disabilities or age-related conditions to perform tasks with one tap on the screen.

Users will be able to add customised commands to their home screen, including for making calls and sending messages.

A Google Maps update will allow people to access wheelchair accessibility information for venues in more than 15 million places globally. The feature will be available on Android and iOS, initially in Australia, Japan, the UK and US, before expanding to more countries.

The tech giant also deployed new features to its Live Transcribe app to enhance the experience for people with hearing impairments, including finding past conversations and adding support for new languages.

In another update, Google will let users connect Bluetooth headphones when using a sound amplifier feature to clarify the sound from a source, such as TV or a lecturer.