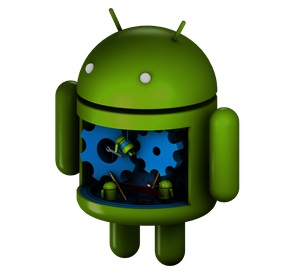 Google said that revenue from its Google Play content store is being shared by a range of parties including “developers, carriers, OEMs and us”, as it looks to ensure that its Android platform is supported by a “robust ecosystem”.

The company does not break out revenue for Google Play, other than occasionally revealing some operating metrics – such as when it hits download milestones. But earlier this year, Larry Page, CEO of Google, said that the company had paid out more to developers by July 2013 than it did in all of 2012.

In a conference call yesterday, Nikesh Arora, SVP and chief business officer of Google, said: “People like Android devices that provide some great functionality, and we believe anybody who brings value to that ecosystem should have economics in that ecosystem.”

While it is well documented that Google keeps 30 per cent of the revenue from Google Play, with the remaining 70 per cent going to developers, what this means to the company has not been disclosed.

For example, running the Play store will certainly not be cheap, and with the company sharing cash with other members of the Android ecosystem, it is not clear if it is actually able to generate a profit from this activity.

“We’re not going to specifically talk about who keeps what part of the economics, but just to say that we’re comfortable with the way the economics work out, and the more important part is, it is helping drive the ecosystem in the right direction,” Arora said.