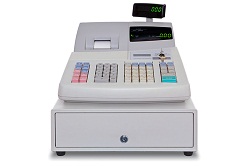 The Google Play store will overtake Apple’s App Store in terms of revenue in 2016, having taken the download crown from its more established rival in 2012, Strategy Analytics forecast.

David MacQueen, executive director, Apps and Media research, said: “Google’s ambition to drive Android, and thus Google Play, as a platform for scale across all connected devices (phones, tablets, wearables and in the car) will increase opportunities for Google Play to grow revenue and surpass Apple by 2016.”

In-app purchases account for the majority of spend, which is expected to continue, although it was also warned that “there is a risk that excessive regulation may change the market outlook”.

Alongside this, the average selling price for paid apps has seen an increase from $2.07 in 2010 to $2.69 last year. “Simply put, the market is now dividing between ‘freemium’ and paid apps, and the $0.99 app is getting squeezed out,” MacQueen continued.

Strategy Analytics also said that Apple and Google are investing heavily in “strengthening their prized content and application ecosystems”.

“Apple and Google dominate acquisitions in both dollar and number terms, and are also leaders in developing the new market opportunity in the multi-screen living room and connected home,” Ahmed Mostafa, associate consultant, said.

Strategy Analytics also noted that Amazon’s Appstore and Microsoft’s Windows Phone store have shown strong growth, “although they continue to be eclipsed by Apple and Google.”

But Microsoft does have some ecosystem issues to address. While the company spent big to acquire the Devices & Services unit of Nokia, a lack of investment to improve its apps and content ecosystem is “an alarm signalling a lack of commitment to that important element of its mobile future.”