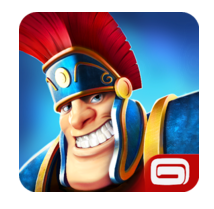 The family which founded Gameloft increased its stake in the game publisher to more than 15 per cent, in a move designed to curb Vivendi’s growing influence.

Vivendi acquired around a 10 per cent stake in Gameloft and Ubisoft, both founded by the Guillemot family, and soon after increased its stake in the former to nearly 16 per cent.

In a statement reported by Telecompaper, the family said it will continue its share purchases and take “necessary measures” to curb Vivendi’s control, and protect the company from “people who could put the strategy of Gameloft at risk, to the detriment of the interests of the company and all its shareholders”.

The reported added that the family has hired two banks to look for a ‘white knight’ that could help prevent a hostile takeover by Vivendi of both publishers.

When it published its Q3 2015 results, Vivendi said it will continue its acquisition of the game companies and that it believed the move was not regarded as hostile.

However, the Telecompaper report, and Ubisoft’s CEO calling the move “unwelcome” in an internal e-mail, suggests otherwise.