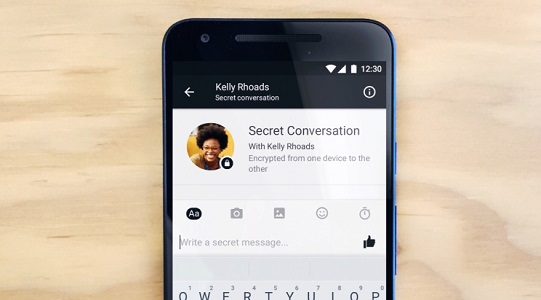 Facebook is testing “one-to-one secret conversations” in its Messenger app, which will be end-to-end encrypted and can only be read on one device.

Within this conversation, users can choose to set a timer to control the length of time each message remains visible.

The move comes three months after Facebook-owned WhatsApp introduced end-to-end encryption for all data in a bid to bolster user privacy.

The tech giant said messages and calls on Messenger already benefit from strong security systems as well as tools to help block spam and malware, but the new feature is for when users want “additional safeguards” such as when discussing an illness or sending financial information.

Secret conversations do not currently support rich content such as GIFs and videos, or the ability to make payments.

Previous reports have noted the feature would be opt-in, as it is likely to interfere with the chat bots and machine learning features being built into Messenger, an app used by 900 million people every month.

Facebook added that messages sent secretly “are intended just for you and the other person — not anyone else, including us”.

The feature is now available on a limited test basis, and will be made more widely available in the summer. During the test, Facebook wants to gather feedback and measure performance.