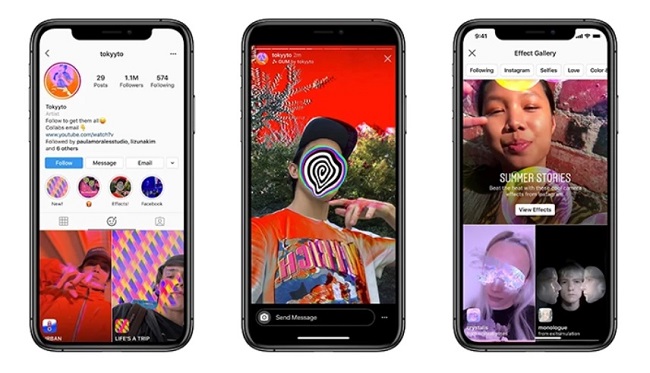 Instagram first rolled out AR effects in May 2018, and Facebook said more than 1 billion people have used Spark AR-powered filters across its range of services. The AR platform had been available in a closed beta on Instagram, but will now be opened more widely as part of a public beta trial.

Mashable noted the move pitches Facebook against Snapchat’s Lenses feature, which enables users to build their own AR filters through the Lens Studio.