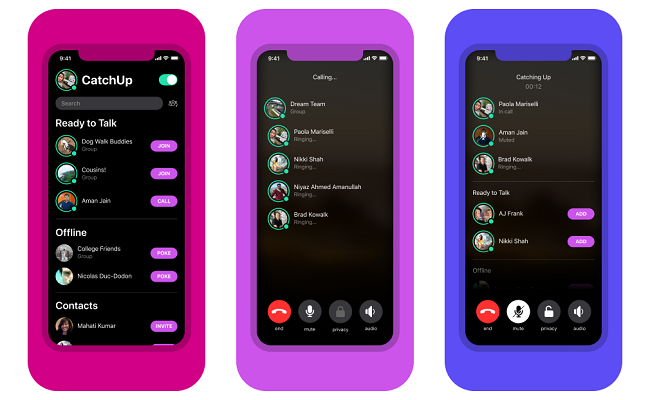 Facebook trialed an app allowing people make voice calls with up to eight contacts after they indicate their availability to talk, as the company continues a recent push into providing more communications tools.

In a blog, the social media giant explained the app, named CatchUp, was addressing a problem linked to people’s tendency to avoid calling more frequently as they didn’t know whether it was a convenient time to talk.

The app allows users to indicate their availability to speak and to call contacts that show as available for conversations, removing the need to schedule a time to chat.

The app will initially be tested only in the US for a limited period of time.

This is the latest move by Facebook aiming to offer means of connection through its services. A month ago it introduced Messenger Rooms letting people make group video calls with up to 50 people at a time.