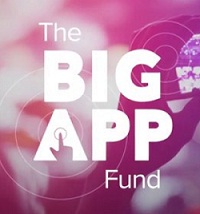 European app developers have the chance to secure funding via a Facebook-backed competition run by crowdfunding firm Worth Capital.

The Big App 2014 competition is open to developers aged between 18 and 35 with retail or e-commerce-focused apps that have been completed or partially developed and who are looking for funding to launch or grow their product.

The top three app developers will receive investment from Worth Capital’s Big App Fund, with the overall winner taking home £150,000 and two runners-ups receiving £100,000 each. However, Worth Capital said it reserves the right to overfund and select more than three winners.

Each start-up will be asked to give-up equity of between 10 and 30 per cent, depending on the app’s current performance and potential.

Facebook isn’t providing any funding but is supporting the contest by taking part in the judging process and providing marketing and PR support.

The competition closes on 6 October, with the top 50 entrants invited to meet the competition judges at Facebook’s London headquarters on 27 October.

The final, in which the top 10 entrants will pitch to the judges, will be held on 17 November, with the winners announced on the same day.

The company said it plans to fund and mentor more than 700 high growth businesses in various sectors over the next seven years.