Developer Frenzoo to expand ‘Me Girl’ series with $1M funding 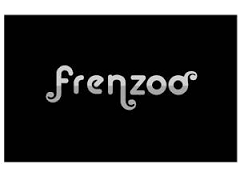 Hong Kong-based Frenzoo, maker of “3D lifestyle games for girls and women”, raised $1 million in its latest funding round to expand its series of ‘Me Girl’ games.

The company also launched a cross-game functionality called meTropolis, which connects the Me Girl games through quests, thereby driving downloads. For example, users of one Me Girl game can help their characters becoming an actress by downloading and playing Me Girl Celebs.

Total seed funding for the company is now over $3 million, and Frenzoo wants to invest in marketing, acquiring new users and expanding its team.

According to Simon Newstead, co-founder and CEO, “meTropolis is the first time a mobile gaming company has delivered this level of story integration between apps, and we think our players are going to love it.”

Two titles were launched in March, Me Girl Celebs, based around becoming a film director, and Glamour Me Girl, which lets users try their hand at being a stylist.

The games are available to download for free on the the Apple and Amazon app stores, as well as Google Play.