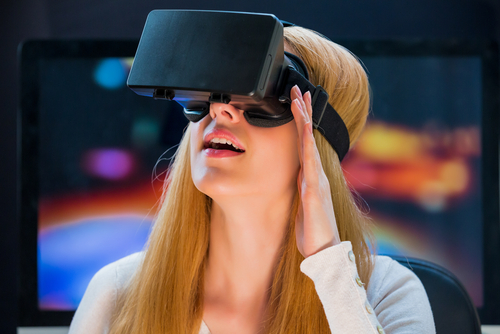 Deutsche Telekom said it is the first German provider to offer Snapchat’s popular augmented reality (AR) effects in live video calls, as it announced an expansion to its virtual reality and AR portfolio.

The Telekom Message+ app automatically recognises users’ emotions and can add numerous overlay masks or foregrounds and backgrounds which can “really up the fun factor”.

“It’s a great way to have even more fun with video calls – without eating away at your data allowance,” the operator claimed.

Initially, the app is only available for Android users, though an iOS version is expected by end-September.

In a statement, the operator said the app: “combines the best VR content in sport, music and entertainment. The package includes Deutsche Telekom’s own content such as sport videos in 360. What’s more, users can enjoy exclusive 360 degree videos and VR app collaborations with partners such as Red Bull, Jaunt and Digital Domain.”

Anyone can use the VR app, regardless of who their mobile phone provider is. Users will just need to place their smartphone into a set of VR goggles or cardboard frame.

The app is compatible with Samsung Gear VR, Google Daydream and Google Cardboard. It can also be used without VR goggles in 360-degree mode, though only for Android devices at present

Guest Blog: How can devs make the most of in-app ads?