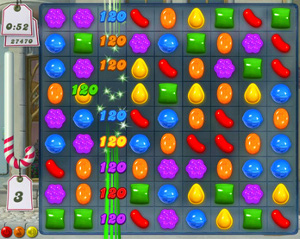 Supercell’s Clash of Clans and King’s Candy Crush have been around for some years now but both continue to perform well and make plenty of money for their publishers, Sensor Tower revealed.

Clash of Clans launched in August 2012 and has seen revenue decline over time, but it still manages to make more than $30 million per month on the App Store.

In total, players have spent around $3 billion in the ‘freemium’ mobile strategy game (one which is free to download but requires users to pay for advanced features) worldwide, which averages out to around $1.4 million per day since the game launched.

In terms of revenue the app was in eighth place on the App Store in June.

Sensor Tower didn’t collect Google Play data in 2012, but it said that since January 2014, iOS plus Android collections of the game stand at $5.5 billion.

Another old but popular game, Candy Crush, launched in 2014, became “the highest grossing mobile game from a Western developer in the second quarter” of 2018.

App Store and Google Play users spent an estimated $213 million in the game during Q2, representing year-over-year growth of about 18 percent.

It surpased Niantic’s Pokemon Go, which was in seventh place.

Fortnite
Meanwhile a newer game is continuing to break records: players are spending an average of $2 million a day on Fortnite’s iOS game.

“Fortnite daily revenue reached its all-time high on mobile on July 13, when players spent approximately $3 million in the game worldwide. This just edged out the game’s previous best day, 1 May, which was when Season 4 began and it grossed about $1.9 million from players across the globe,” Sensor Tower said.

To date, players have spent more than $150 million in the mobile game of Fortnite, which surpassed $100 million total spending one month ago.

Developer Epic Games has not announced a release date for the highly anticipated Android version of Fortnite, but it is expected to arrive in coming months.