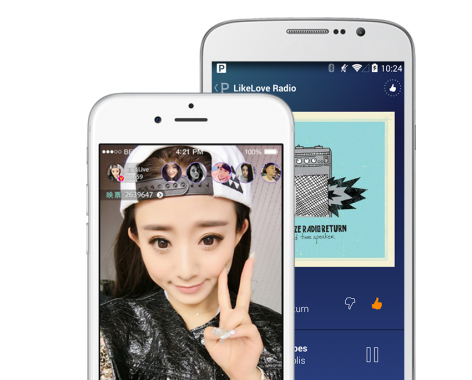 China-based live streaming app Inke, which enables users to earn money from their content, made it to the seventh spot on App Annie’s worldwide revenue rankings of iOS and Android apps in April 2016.

The report said Inke has a “unique monetisation model”, where viewers can send virtual gifts to hosts through in-app purchases. The host receives 30 per cent of the gift’s value, which encourages them “to produce high-quality content”, while also keeping the platform profitable.

App Annie’s report explains that Inke’s downloads and revenue started ramping up in January this year, when it received $10 million in a Series B funding round. Its popularity is driven by its “entertainment promotional focus”, for instance by broadcasting live shows for a popular South Korean band called Big Bang.

Inke lets users make money directly within the app, in contrast to competitors like Periscope and Meerkat, which instead have options of including a digital tip jar or links for viewers to buy products.

Inke itself can make “significant revenue” with in-app purchases, the report notes, as well as through ads and partnerships.

“Publishers should look to Inke as an example of how to incentivise users to broadcast and engage with channels,” the study said.

According to China Money Network, the app had more than three million registered users back in January, when it announced its $10 million investment by Shenzhen-listed online gaming firm Beijing Kunlun for an 18 per cent stake.