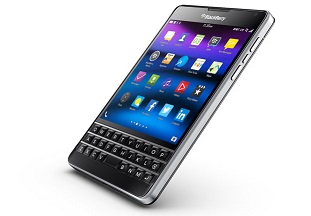 Marty Beard, COO, said: “We are opening up a new revenue stream for the company with a fully cloud-based communication service that is designed to help developers, independent software vendors and enterprises meet the most demanding security and compliance requirements.”

He explained that BBM Enterprise is a “distinct entity” from consumer-level BBM, built “from the ground up with enterprise-grade security”.

“Current offerings on the market like Twilio do not provide this level of security and encryption. That puts businesses – especially those in regulated industries – at risk with instant messaging’s popularity,” he explained.

In fact, he said text messaging “which Twilio is best-known for – is a highly insecure communications medium, both vulnerable to interception and well-suited for exploiting bugs and delivering malware”.

The new SDK will allow developers to focus on increased productivity and scalability, and reduced development, hardware infrastructure, and operational costs.

The firm also believes current market offerings do not provide the same level of security and encryption as BlackBerry, which has more than 80 security certifications and approvals, “more than any other mobile vendor”.

The kit will be available later this month.