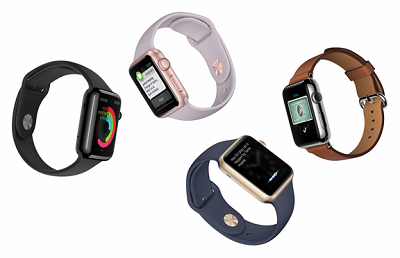 Developer support for Apple Watch has been limited, while the benefits of targeting the device remain unclear, according to Strategy Analytics.

The company said that even health & fitness developers, a category heavily promoted by Apple, are reticent to extend support for Apple Watch.

Companies like Runtastic, MapMyFitness and Nike arrived early on the platform, but have not extended Apple Watch support to more than 25 per cent of their portfolio.

What’s more, of the 200 most popular iPhone games, less than 3 per cent support the Watch.

When the wearable device launched in April, there was enthusiasm and competitive pressure to support the platform, without insight into how this would impact key performance indicators.

Now, however, the analyst firm said that the data does not support the idea that Apple Watch offers an opportunity to grow revenue, increase audience size or achieve organic growth.

Joshua Martin, author of Strategy Analytics’ studies, told Mobile World Live that it looked at the position apps occupied on the top free and/or paid list alongside the top grossing list and found that there was “no uplift for apps that supported Apple Watch Apps between July, August and September.” 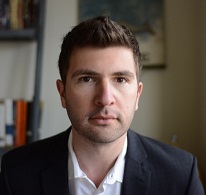 Also, Apple is unable, until watchOS 2 at least, to sell apps designed exclusively for Apple Watch.

“Today, Apple Watch apps are a component of iPhone apps and not discrete units on their own,” he commented.

Another issue is limited insight regarding business model options such as advertising and in-app purchase.

“The Apple Watch seems like a platform that is focused on extending reach within an existing user base,” he said.

The report also noted that at launch nearly 3,000 apps were available for the Apple Watch. By September, Apple said the library had grown to over 10,000.

While this is a significant increase, it pales in comparison to the growth of the iPad library and to the more than 1.5 million apps available on the App Store.

“This is not necessarily a long-term indictment of wearables or Apple Watch, but a note of caution to companies debating the need for short-term support,” said Strategy Analytics.

On the upside, the reports say the prospects remain bright with the recent release of watchOS 2 and the holiday season which is expected to help Apple ship more than 15 million Watch units this year, according to an earlier Strategy Analytics forecast.

Apple was positive about the Watch in its Q3 results in July.

Luca Maestri, SVP and CFO, had said that watchOS 2 “will bring native apps which are going to be killer to the Watch” while CEO Tim Cook said that “with watchOS 2, developers have the ability to build richer and more powerful native apps, taking advantage of the heart rate sensor, the Digital Crown, accelerometer and more, ushering in a whole new class of apps designed specifically for the wrist”.

Martin also says companies need to decide what they want out of an Apple Watch app before diving in: be first to market, drive revenue, increase stickiness or achieve organic growth.

Martin believes there is no rush: “Data shows that there is little competitive pressure to rush in.”

“But we will continue to monitor the market through our AppTRAX database, qualitative research and a new Apple Watch support dashboard to alert companies to the tipping point when support does become mandatory,” he added.