Apple updates on Music, Pay and Watch at WWDC

Apple updates on Music, Pay and Watch at WWDC

Apple puts the focus on Music, Pay and Watch at WWDC 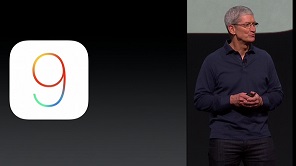 Apple used its Worldwide Developer Conference to detail planned updates to its iOS platform, although the big-ticket announcements were an update on Apple Pay, the launch of native app support for Apple Watch, and the debut of the company’s hotly-anticipated new music service.

Tim Cook, CEO of the company, used the opportunity to give an update on the performance of the App Store, playing to the developer-heavy crowd. Stating that “the rate of growth and the momentum is absolutely staggering”, he said that the store has now passed the 100 billion app download mark.

“We’ve now paid out $30 billion to developers. The App Store continues to be the most profitable app marketplace on the market,” he continued.

watchOS updates
Cook said that the addition of native app support for Apple Watch is a “giant moment”. He continued: “This is how we felt when we launched the App Store”.

In the first generation of the watchOS platform, the intelligence for apps stayed on the iPhone, with the wearable essentially providing an alternative user interface. In future, apps will be able to stand-alone on the watch, improving performance and responsiveness.

Apps will also be able to communicate directly with known WiFi networks.

The update will also give developers greater access to hardware features, including the microphone and speaker, taptic engine, and digital crown navigation tool.

In addition to native app support, the updated watchOS adds new features such as the ability to support photos on watch faces, scrolling through past and future appointments via the digital crown, and additional Siri capabilities.

Noting that it is has been only a matter of weeks since the launch of the Apple Watch hardware, Cook said that “it’s pretty amazing that we are already talking about the next version of the watchOS”.

A developer beta of watchOS 2 is available now. The consumer release will follow in the third quarter of 2015.

Apple Music has three components: a streaming music service with curated playlists, a “worldwide, 24/7 radio station” called Beats 1, and Connect, a social service enabling artists and users to connect directly. All are accessed via a single app.

The service will cost $9.99 per month, with a $14.99 version available supporting up to six family members, and the first three months will be available free-of-charge.

Apple Music will launch on 30 June in more than 100 countries with iOS 8.4 for iPhone, iPad and iPod Touch. It will also be available for Mac users via an update to the iTunes application.

And significantly, Android and Windows versions will be available, marking an unusual cross-platform effort from Apple.

“This will be the first Apple-branded app or service to reach Android and is a strategic shift for Apple in its approach to the main rival smartphone platform,” commented IHS’ Fogg. 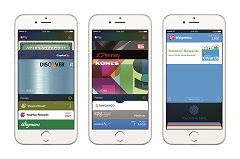 Jennifer Bailey, VP of internet services at Apple, announced that Apple Pay will be headed to the UK “next month”, supported by banks including HSBC, NatWest, RBS and Santander, with more to join in the autumn.

At launch, Apple Pay will be available in 250,000 locations, which Apple said is more than in the US at initial launch, including popular retailers such as Boots, Costa Coffee, Waitrose and Marks & Spencer. It will also work with public transport in London.

Aside from the UK rollout, other Apple Pay updates were also unveiled, including the evolution of the Passbook app to become Wallet in OS 9. In line with this, it will gain support for store and loyalty cards – the company is positioning Wallet as “one place for all your credit and debit cards, reward cards, boarding passes, tickets and more”.

Also highlighted was the launch of a new reader from Square which will enable local and small businesses to accept Apple Pay. In the US market, the company will pass one million locations accepting Apple Pay next month, the executive said.

And the addition of card issuer Discover to the roster means that 98 per cent of the US credit card purchase volume will be supported by Apple Pay.

iOS 9 updates
Describing iOS 8 as a “huge release”, Craig Federighi, Apple’s SVP of software engineering, said that with the new release “first and foremost we wanted to elevate the foundations of the platform.”

First up were updates to the Siri voice assistant, with Federighi stating that “Siri has quietly become incredibly popular”.

The company is “bringing productivity throughout the system”, he said, with the aim of providing “proactive assistance” to make suggestions based on usage patterns.

The executive said that Siri is now processing one billion requests per week. It is up to 40 per cent faster and 40 per cent more accurate in its iOS 9 incarnation.

The company has also updated several of the key applications installed with iOS, describing these as “fundamental experiences to living on a mobile device”.

This include a new News app, which is said to offer “beautiful content, from the world’s best sources, personalised for you”. Supporting publishers include The New York Times, Conde Naste and ESPN, who are “joined by many, many others, read by millions daily”.

The app is underpinned by “the new custom-designed Apple News Format, a digital publishing format that allows publishers to create beautiful layouts”.

It will initially be available in the US, UK, and Australia.

Notes, which is “used regularly by about half of users”, gains a toolbar with formatting options, and the ability to embed images captured from the camera. And via iCloud, notes are also synchronised across a user’s iPhone, iPad and Mac.

And the company has also “continued to invest heavily in Maps”, stating that usage is 3.5 times higher than for other map apps available on the platform. The headline update is the launch of a transit view, which emphasises public transport options rather than roads.

Transit is available in a number of cities worldwide at launch and, highlighting Apple’s increased presence in China, a significant number in this country are included on the roster.

iOS 9 includes features designed to improve the performance of iPad. This includes improved multitasking capabilities, including a split view with both apps remaining active to enable users to quickly switch between both.

Also supported is picture-in-picture video support, enabling users to watch a video while also editing a document or browsing the web.

The iPad keyboard has also been updated. Shortcuts for commonly-used tasks such as cut, copy and paste have been added to the “suggestion bar” added with iOS 9, while two-finger swipes turn the keypad into a trackpad.

iOS 9 will be available as a developer beta now, with a consumer release scheduled for the autumn. And for the first time, the company is set to offer a public beta for early adopters next month.

The platform will be available to all hardware already capable of supporting iOS 8.