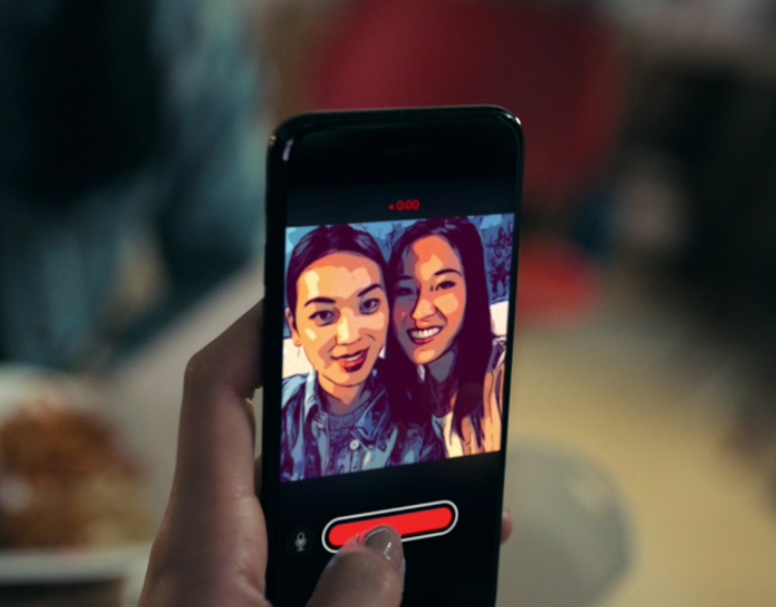 The videos can be shared with friends through iMessage, or on social networks like Instagram and Facebook. The app, news of which first surfaced last summer, seems to have borrowed features from Snapchat, Instagram and iMovie. Effects in the app include comic book and real-time filters, speech bubbles, and shapes and other overlays which can be added to photos or videos.

One feature which appears to be unique is Live Titles. It lets users create captions and titles in 36 languages using their voice. Captions are generated automatically as a user speaks and appear on screen. Users can adjust text and punctuation, or add emojis.

The app lets users shoot or upload clips up to 30 minutes long, and the final video’s total run time can go up to 60 minutes.

When sharing with friends in iMessage, Clips suggests who to share with based on the people who appear in the video.

Clips also works on iPad and will be available on the App Store for free beginning in April.

According to The Verge, this could be a precursor to a consumer augmented reality (AR) app.

The report said Apple is looking for ways “to up the value of its existing iPhone hardware while simultaneously developing technology that could be enhanced by new cameras or sensors down the line.”

It added Apple is keen to remain a part of the conversation around social sharing apps.