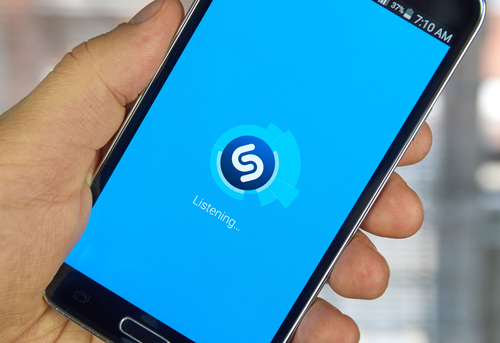 Apple is reportedly closing in on an agreement to acquire Shazam, the UK-based music recognition company, in a deal that could be worth $400 million.

TechCrunch, which first broke the story, reported over the weekend the deal could be sealed this week and may even be announced today (11 December), although there is yet to be any official confirmation from the companies at the time of writing.

Shazam, founded in 1999, now operates as an app enabling users to identify music on their smartphones by hearing a snippet of sound. The service, which hit 1 billion downloads in 2016, originally operated via SMS.

Today most of its monthly revenue is made from commissions paid when tunes identified are converted into purchases on Apple’s iTunes, or music apps including Spotify and Google Music.

The platform also integrates with other apps including Snapchat.

If the deal is worth around $400 million, as reported, Shazam’s value would be significantly lower than the $1 billion valuation it hit after its last funding round in 2015.

Despite Shazam’s potential, TechCrunch noted the company was still finding it difficult to turn a profit, as is often the case with apps.

So far, Shazam raised $143.5 million in funding from a number of investors, including DN Capital, Institutional Venture Partners and Kleiner Perkins Caufield and Byers.

Competitive advantage
For Apple, acquiring Shazam would cut out the middleman and deliver savings in terms of commission payouts.

The move would also mean Shazam users would no longer be referred to music platforms Google Music and Spotify, thus helping Apple Music gain ground on its rivals.

“From Apple’s perspective, I do not see this as an acquisition of a service but much more of a technology,” he wrote: “Shazam has been analysing and recognising music for nearly 20 years…I see Apple taking Shazam’s technology and incorporating it into Apple Music in a bid to improve its service and compete more aggressively with Spotify.”

In addition to a collaboration agreement, Spotify and Tencent announced an agreement to acquire minority stakes in each other. The size of the investment is undisclosed, but reports suggest they will be both take a 10 per cent stake.

Spotify is expected to go public in 2018.