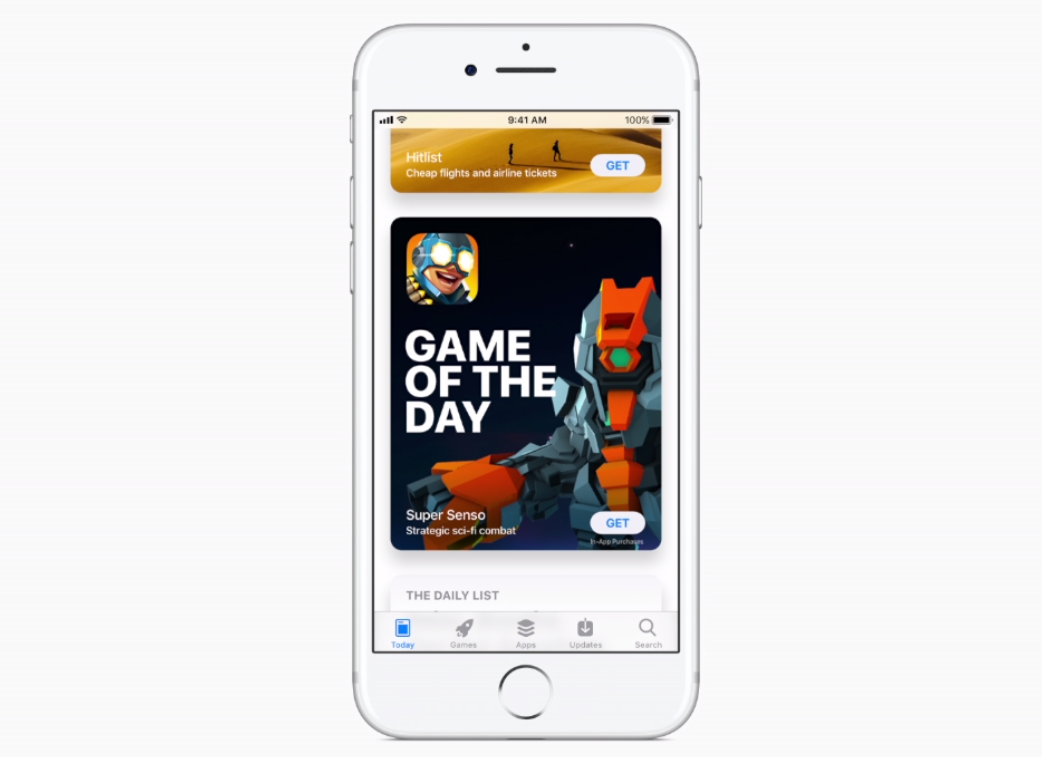 Apple unveiled a revamped App Store for iOS 11 at its WorldWide Developer Conference: “designed from the ground up to make discovering apps and games easier”.

It will feature a new Today tab featuring latest releases and how-to guides, as well as a tab dedicated to games, the store’s most popular category. This will highlight the biggest new releases, and preview and game play videos.

Philip Schiller, Apple’s SVP of Worldwide Marketing, said: “We are taking everything we’ve learned from the App Store over the past nine years and putting it into a stunning new design.”

Apple redesigned the app product page so all developers can spotlight their apps with engaging content, putting the most important information front and centre.

Developers can submit up to three video app previews and five screenshots, which can now be localised so customers in different countries see a customised version of the video.

Apple is also making in-app purchases more discoverable. They will show up on an app product page and in search results. Customers can begin their purchases in the store and be taken directly into the app to complete the transaction.

The tech giant recently revealed developers earned more than $70 billion since the App Store launched in 2008, and overall downloads grew more than 70 per cent in the 12 months to 1 June.