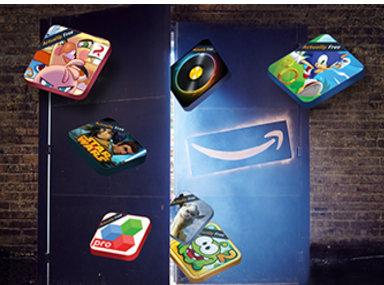 Amazon Underground, which offers free Android apps and games (including in-app items), tripled its selection since its launch in August, the e-commerce giant said in a statement.

Popular games now available include Monument Valley, including an update, which would cost $5.98. Free-to-download titles Nemo’s Reef, with $47.88 worth of in-app items, and Dumb Ways to Die 2, including more than $10 in free in-app purchases, are also available.

As for developers, Amazon claims they are also seeing success. Amazon Underground pays for every minute a customer uses their app.

Shainiel Deo, CEO of Halfbrick Studios, which makes games like Fruit Ninja and Jetpack Joyride, said the company doubled the downloads and revenue from its apps in the Amazon app store and “most interestingly, customers are engaging with our in-app purchase content at an extremely high rate.”

“Since all in-app purchases are free in Amazon Underground, they can play the games in new and exciting ways,” he added.

Amazon said previously: “There is no more guesswork around getting in-app purchases optimised for the 2 to 10 per cent of customers that reportedly buy them. You can now focus on creating great content, storylines and characters that keep customers coming back.”