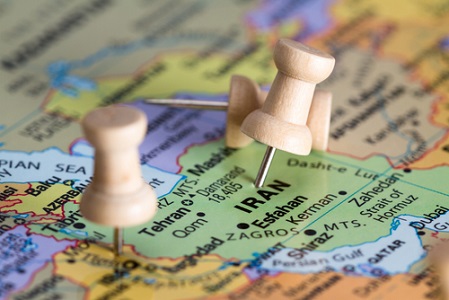 Apple and Google both removed Iranian apps from their app stores, citing US sanctions as the reason. Iran’s new telecommunication minister said in August he wants to take legal action against Apple.

Mobile World Live (MWL) caught up with Iranian app store Cafe Bazaar’s CEO, Amin Amirsharifi, and executive chairman, Hessam Armandehi, to get an idea of the app economy in the country and their thoughts on the ban.

MWL: Briefly tell us about the app economy in Iran and Cafe Bazaar’s place in it.
Amin Amirsharifi (AA), CEO: People in Iran love technology. The internet penetration rate reached 53.23 per cent by the end of March 2017, and there are an estimated 40 million smartphones in Iran. 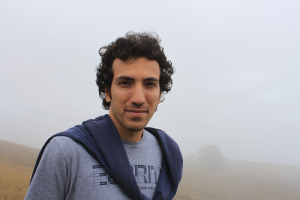 The app industry has expanded dramatically over the last few years and we witnessed a noticeable growth in the number of developers and publishers.

Partly due to sanctions, local Android stores have had a huge boost and Cafe Bazaar is leading the market with 34 million active users.

There are over 23,800 active developer accounts and 120,000 apps on Cafe Bazaar, with our developers’ revenue hitting over $34.8 million.

The telecommunication minister recently announced that iOS devices have an 11 per cent share in the Iranian market, though Apple does not have a physical presence in Iran.

What are your thoughts on Apple and Google banning Iranian apps?
Hessam Armandehi (HA), co-founder and executive chairman: We invested in developing a few iOS apps that are now widely used in Iran but with the ban,  we have stopped that.

I believe people will switch to platforms and marketplaces that, unlike Apple and Google, provide them with ease of access, various payment services and more convenient customer support. 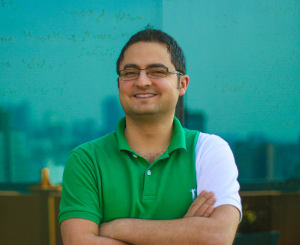 AA: There has been no newly imposed sanction against Iran, and the sudden actions by Apple and Google that came without any warning disrespect users and developers.

Politics should not interfere with free access to information, technology, and online services.

What impact has this removal of apps by Apple and Google had on Iran’s app economy?
AA: Cafe Bazaar was formed out of the same exact restrictions imposed by Google and its neglect toward our people, users and developers a few years ago.

And look where we stand now. We have created a huge local marketplace with over 34 million users which proves our developers’ abilities and talents.

I believe maybe such actions make our people less inclined to non-Iranian products and services. Apple users in the country may gradually switch to Android devices to enjoy the services provided by Cafe Bazaar and many popular Iranian apps.

What do you think the solution is?
HA: We are not in the position to impact politics and decisions, but I am sure all Iranian users and entrepreneurs will soon find their way out of this situation, the same way Cafe Bazaar was created.

AA: There are a lot of international services that are not available for Iranian users due to sanctions. Fortunately, we have many creative, hardworking teams eager to develop new products for their own people.

This is a very fast-growing industry in Iran. If we could get some international constructive cooperation, we would definitely have a more booming economy; but we have learned to do things by ourselves.

This may lead to yet another growth in the local app economy and industry, and maybe it will be difficult for international companies to gain users’ trust and gain market share in Iran again.

What role has telecommunication minister Mohammad Javad Azari Jahromi played in this situation and is there anything more the Iranian government can do?
AA: If he manages to improve the relations between the Iranian industry with international corporations, it will benefit the whole ecosystem and will lead to more development and growth in knowledge.

And the government needs to continue supporting domestic industry and reinforcing local players.

What challenges does Cafe Bazaar face?
HA: There are some ambiguity in laws and regulations about hosting and app stores which is not so unusual due to the new nature of the industry. 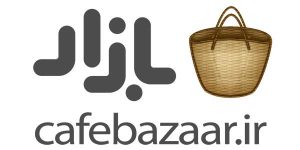 But looking at it from a different angle, if there were good relations and large-scale cooperation with international companies, it could have been much bigger than what it is now.

Are there any apps made in Iran that have been popular internationally?
AA: Most Iranian apps are targeted for Persian-speaking users and the local market. But in the games category, there are some internationally popular products such as Shadow Blade, which was picked for App Store editor’s choice, Rooster Wars and TV Tycoon.

HA: On the other side, foreign publishers’ presence in local Android markets provides a transparent, fair competition with Iranian products and gives Iranian developers the opportunity to acquire knowledge and move towards getting global recognition. Nowadays, almost every Iranian game developer or publisher has an eye to foreign markets.

Locally, what are the most used apps?
AA: The most popular apps on Cafe Bazaar are Telegram [officials say there are over 40 million users], Instagram, Mobogram [unofficial Telegram client], SHAREit [a file transfer tool], Divar, a classified ads app and Snapp, a taxi-hailing app.