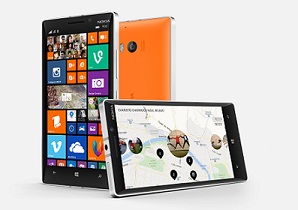 NEW BLOG: Microsoft’s decision to openly state it is offering “a $0 royalty licensing programme” for partners developing smartphones is a clear indication that the company is putting its money where its mouth is in the mobile market, even if it may not be the act of largesse that it first appears.

Of course, it is important to appreciate the symbolic significance of the move. Microsoft has previously stuck to its licensing guns, even as the market shifted following the launch of Android, which even saw then market-leader Symbian changing its model.

With the situation as it is, Microsoft’s main driver of revenue for its smartphone platform is Nokia, a company which it is close to acquiring. Any continuation of the licensing fee would have effectively seen it shifting cash around internally, benefiting nobody except for the accounts department.

By offering the platform free-of-charge to other players, it is effectively looking to maintain the status quo, removing a potential source of friction with partners who have, so far, failed to embrace Windows Phone to any great extent. A Microsoft-owned Nokia paying a royalty to Microsoft could have been seen as something of an insult by others facing the license fee.

In many ways, the company faces a similar challenge to Google as parent of Motorola Mobility (at least until the sale of this unit to Lenovo goes through). Microsoft has shifted from being a platform provider to a significant hardware player (more so than Google/Motorola, in fact), and whatever else it does it needs to preserve the impression of a level playing field.

And the move also removes one of the major – perceived – differentiators with Android, which is widely seen as being free to use: although if a vendor wants to support Google’s mobile services, and taking into account patent licensing payments to companies such as Microsoft, among others, the numbers start to look a little different.

Introducing the $0 licensing fee, Microsoft said that it comes “with services including a one-year subscription to Office 365”. With smartphones having a life span of more than twelve months, the company is obviously also hoping to monetise its services through continued subscriptions, and it will be interesting to see if it can generate significant revenue through this (although the company is unlikely to ever break-out the numbers).

But one thing has not changed, and that is the challenge facing Microsoft: creating a ‘virtuous circle’, involving consumers, app developers, internet service players and hardware vendors.

In recent months, it has made efforts to attract new partners to the Windows Phone fold, and removing licensing costs is a logical extension of this. Indeed it has previously been reported that some of the new players signing up at Mobile World Congress had cut a deal, although unsurprisingly this speculation was never confirmed.

New partners joining this week – Micromax and Prestigio – will also be using reference designs from Qualcomm, which are intended to make it easier for vendors to bring Windows Phone products to market.

And many of the hardware restrictions previously placed on Windows Phone devices have also been removed, in a move that enables makers of Android devices to adapt existing designs to support the alternative platform.

Microsoft has also dedicated a significant amount of resources to wooing developers over to Windows Phone, and while it may not be a first-choice platform, the ‘app gap’ which existed previously is being closed.

At Mobile World Congress, Joe Belfiore, head of Windows Phone, told Mobile World Live: “Early on we were criticised for missing apps, but if you look at the last year, pretty much all of the top apps are now available on Windows Phone, and within the last 12 months we’ve brought on Instagram, Vine, Waze, Mint and many others, and Facebook Messenger’s a good example of filling that out”.

With Microsoft now introducing new tools designed to enable developers to more easily target a full range of Windows devices (using “90 per cent of the same code, a single packaging system and a common user interface to target apps for phones, tablets and PCs”), it will also be able to continue to address the fact that the Windows Phone user base is small when compared to Android and iOS.

But Windows Phone still faces an uphill battle building market share in the more developed markets, which would be crucial for improving mindshare among app creators and consumers themselves.

While its new partners in markets such as India and China will help grow the platform’s market share, and regional success is nothing to turn one’s nose up at, they will do little to win new premium customers to the platform.

Despite a massive amount of effort, Nokia has been unable to move the Windows Phone needle much in the US, and Europe is something of a patchwork – some good, some bad, although generally heading in the right direction. And other partners with the potential to help – namely Samsung and HTC – are focused on their Android efforts.

Undoubtedly, Microsoft is making the right moves to maximise the chances of Windows Phone – at least as far as it is able to. The company is making the platform more appealing to device makers, and its ongoing efforts with developers show it sees the value of a healthy ecosystem.

But it still faces the issue of getting consumers on board and, once the Nokia deal is complete, Microsoft will have a direct role to play in this challenge. As Windows Phone’s struggles to date have shown, this part of the circle isn’t going to be easy to fill.