With Apple iOS also supporting Bluetooth Smart and Microsoft rumoured to be making a ‘big announcement’ about the technology any day, the standard could soon be supported by all major operating systems. This constitutes a lot of devices: IMS Research estimates that two out of three of the 821 million smartphones sold in 2013 will support Bluetooth Smart.

So what is Bluetooth Smart? And as a developer, what does this announcement mean?

Bluetooth low energy or ‘Bluetooth Smart’ is a new-generation of the Bluetooth standard which introduces a number of new features over previous, standard Bluetooth, versions. The most significant of these is the flexibility it gives to developers looking to develop appcessories (defined as an accessory device with a companion application), for all operating systems, quickly. ABI projects the market for Bluetooth appcessories will grow from 220 million units in 2013 to nearly one billion in 2016. Support across all major operating systems now makes that predicted growth possible.

Bluetooth Smart brings a new level of flexibility to accessory developers. With Bluetooth Smart there is a single profile that can be used to communicate with any accessory. The accessory has attributes that can be read, written, or notified like a database that can be defined by the developer. This means that developers can bring their appcessories to market much faster. The intelligence lives in the app and not the operating system, so a new appcessory can be developed and launched as fast as an application.

Bluetooth Smart also enables wireless devices to consume a fraction of the power of previous standard Bluetooth versions — as much as 10 to 20 times less — as it uses very short pulses of radio activity which drastically reduce power consumption. Devices can stay connected, but the radio is off most of the time, rapidly responding when data is available, delivering the longest battery life on the market.

For developers looking to create innovative low-energy wireless devices and more functional mobile apps, Bluetooth Smart will enable them to do so. Previously many appcessories just weren’t viable because the power required to connect them to the smartphone meant they would have to be charged every few hours. The reduced power consumption offered by Bluetooth Smart changes the game.

Innovation has already begun with cutting-edge appcessories being created in several sectors from health and fitness and gaming to security and DIY. A good example of a recently launched appcessory that’s ahead of the curve is the Anki Drive, a remote control car that connects to the Anki Drive iOS app via Bluetooth Smart, which Apple CEO Tim Cook recently demonstrated at Apple’s Worldwide Developers Conference. The car uses a mat as a race track, reporting the car’s location and speed to the app via the Bluetooth Smart connection. Artificial Intelligence then calculates and sends new trajectories to the car over the Bluetooth connection, based on the game’s rules and the player’s input, providing a fluid driving motion.

The Adonit Jot Touch 4 is a good example of how Bluetooth Smart can take a normal stylus and make it significantly better, by using the additional connectivity to measure pressure and to recognise the difference between a user’s hand and the stylus, giving artists an experience that’s very much like drawing with a pencil on a sheet of paper.

Italian company +plugg is also developing a range of appcessories that connect to dedicated mobile apps via Bluetooth Smart which helps consumers do everything from managing their weight with a scale and weight tracker app to taking measurements of their home for a DIY project with an ultrasonic sensor ruler that takes measurements and sends them directly to an iPhone.

With the technology now in place and all major operating systems supporting the standard the only thing left to restrict developers is their imagination. 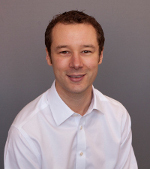