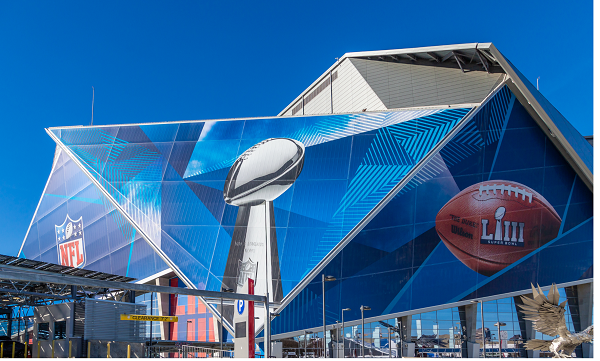 The US NFL Super Bowl is a testing time for many US developers, which work hard to ensure their apps remain functional during the game, especially if they relate to sports; betting; live streaming; or even help with logistical functions such as finding a parking spot near the stadium explains Eran Kinsbruner, chief evangelist at Perfecto (pictured, below). 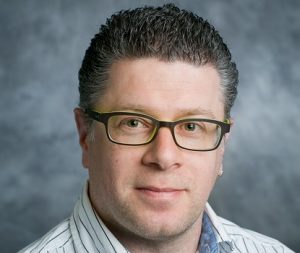 Mobile usage was at an all-time high on Sunday 3 February as sports fans exhausted networks throughout the US during the Super Bowl American Football game.

With so many people descending upon the city of Atlanta, fans across the country were glued to their phones and developer teams were busy behind the scenes to ensure their mobile apps remained functional during the game.

There are many lessons to keep in mind as companies plan their strategy for the game next year.

Implement continuous testing and monitoring
One of the biggest mistakes developer teams can make is viewing big annual events like the Super Bowl as a sprint for app development, prepping and updating their apps just a few weeks or even days in advance. Preparation should instead be treated as a marathon, with app testing occurring throughout the year and leading up to the big game to identify any glitches or inaccuracies.

The benefits of continuous testing early on in the process are obvious: development and operations (DevOps) teams don’t need to scramble to ensure their apps are ready and performing perfectly in time for kick-off.

In the event a problem does occur, it’s just as important to have proper monitoring processes in place to ensure developers are receiving feedback in real time or as soon as things go wrong. With a live event such as this, it’s important the data is also accurate and available on-demand.

Consider the CBS Sports App, which suffered an outage during Super Bowl 50 in 2015 and reportedly went down on Android, Xbox, Apple TV and more, causing a social media maelstrom among users.

In events such as these, advanced monitoring capabilities can help teams rapidly pull important insights with a full-level analysis of what’s going on, where the issue is and how it can be fixed.

Prepare for sharp increases in usage
In addition to the 75,000 fans who attended the recent game, there were thousands of members of the media and stadium employees, plus fans who flooded the city of Atlanta for viewing parties at local bars and venues.

People used their phones to not only watch the game and show their support, but also to navigate their way around the city. Developer teams need to be ahead of the crowds to ensure apps will be able to handle both the diverse array of devices and the sharp increase in traffic in such a small area.

To do this, teams should continuously run all different types of tests (performance; user experience; accessibility; and security) as part of the continuous testing workflow against a robust production environment. In turn, this will minimise downtime, poor app performance and less-than-optimal user experiences.

Test across multiple devices
While it is important to test across the latest devices and operating systems, this should not be developers’ sole focus. Today, consumers are hanging onto devices like smartphones longer than ever, so it’s important for developers to ensure their app provides consistent performance and user experience across devices and operating systems spanning multiple generations.

Neglecting to test and develop for older devices could result in certain features being blocked or dysfunctional, which can result in a loss of loyal users.

From there, they should configure their testing lab to cover this range of devices and operating systems.

With features like browsers built into apps, more and more users are making purchases directly from vendors without leaving their favourite platform. This means vendors must make sure their sites are compatible with Instagram and Facebook’s dimensions, as third-party apps and APIs are often major contributors to overall web traffic.

To avoid glitches, ensure websites are operating accurately with in-app purchases by including hybrid-like apps such as LinkedIn, Facebook, Instagram and others as part of test automation, both from a visual and functional standpoint.

The introduction of these new features means developers need to consider the diverse selection of smart devices on the market and support for Apple’s iOS ARKit and Android’s ARCore APIs.

For example, with apps that use AR functionality through the camera developer teams must test across all screen sizes, smartphones and tablets, in addition to testing their apps in a variety of environments.

With so many brands fighting for a share of the audience, app users have a plethora of options to choose from and will not hesitate to move on to another product should their go-to app run into an unexpected issue.

Very few stages are as big as the Super Bowl and being prepared to deliver all features seamlessly to users will help ensure your mobile team feels like champions at the end of it all.

Guest Blog: How can devs keep up with holiday traffic?

Guest Blog: Continuous testing a must for developers