The burden of choice 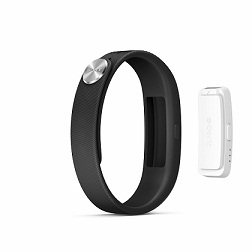 NEW BLOG: As those of you who have followed Mobile World Live’s coverage of CES 2014 will know – and as for the rest, where were you? – this year’s event was largely dominated by two topics: the connected car and wearable devices.

While neither of these topics is new, both seem to have picked up a new momentum as the enabling technologies have evolved and more attractive products are being made available to customers.

But a panel discussion featuring an executive from Ford posed an interesting question: how do we best address the overlap of functionality between different products?

The example given was heads-up displays, which the automotive industry has been investing in for some time. Why continue, if drivers are likely to be wearing products such as Google Glass, when the better option may be to focus on integrating with them?

While the automotive industry has its own unique challenges – not least that cars take years and hundreds of millions of dollars to develop, and then have a usable life that in some cases is measured in decades – the same issue is also likely to crop up in the wider mobile market.

If consumers embrace wearable devices, they will end up with multiple – and very different – ways to input, record and view information. Enabling everything to do everything is clearly not the most sensible path, but in such an unproven market it is tough to know what to focus on, and what to leave out.

And this is further complicated by the fact that the word “wearable” covers a multitude of sins: glasses, watches, and health and fitness monitors, for example, all of which have their own specific characteristics.

There are already some different approaches being taken with wearable fitness devices. Some players have taken the approach of creating products that are little more than sensors, with the heavy lifting and user interface left in the hands of the smartphone.

Whereas others are seeing the wearable as more of a stand-alone device, with its own display, to provide access to information when the smartphone is less easily accessible.

Of course, neither of these approaches is right or wrong – there are clear pros and cons in both cases. But it does show how different approaches can be taken when addressing the same problem.

There is a similar issue when it comes to smart watches. While these are generally positioned as smartphone companions, as vendors start looking to work with developers to create apps in order to improve the consumer appeal, there will be issues to address related to the best way to display information on a device with a small screen and limited input methods.

Throw connected glasses into the mix and you have a real challenge in terms of how best to collect information, process it, and display it to users in the most convenient way.

The push for wearable devices comes at the same time as many players are also looking to drive apps into platforms such as smart TVs, the idea being that users are looking to access the same content and services through multiple devices, depending on whether they are in the home, in the office, or on the move.

Which adds another set of challenges (and, obviously, opportunities) into the mix.

But the potential for developers and vendors to come up with something truly new and compelling will (hopefully) make the hard work worthwhile.