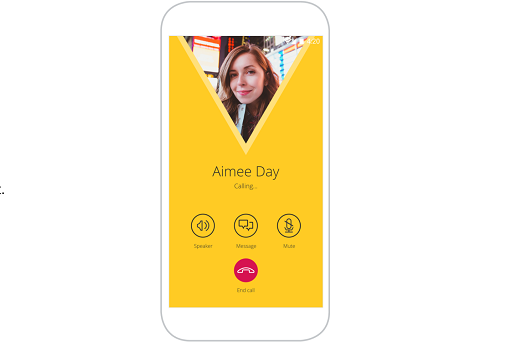 Part of multi-national operator Veon’s rebranding strategy is the Veon Platform app, which offers messaging and content in markets including Russia and Pakistan.

The app is designed to compete with OTT services including WhatsApp and Viber. Nicholas Wodtke, EVP of digital content, told Mobile World Live (MWL) the app is still in phase one, where customers can chat for free. Phase two will see the company begin to charge for localised content, taking advantage of its existing “paying relationship” with its customers.

Veon’s strategy is based on the belief “content will play a critical role in how data is served”.

“The more the consumer is engaged and the more data that is consumed, the more operators can be healthy and profitable,” Wodtke explained.

Veon’s approach begs the question: is this something other operators should emulate in a bid to tackle competition from OTT players?

Kester Mann, principal analyst – operators at CCS Insight, believes Veon is onto something.

Mann told MWL the strategy is not only “a brutal admission of past operator failures in monetising mobile data and exploiting strengths such as scale, customer relationships, user data and branding” but Veon is “ahead of its peers in seeking to address two leading challenges: stagnant growth despite huge investment, and growing competition from internet giants with a global reach and a more innovative mindset.”

“Veon should be applauded for an uncharacteristically bold and far-sighted move among normally risk-averse network operators.”

Greg Wester, SVP of marketing and business development at Mobile Posse, which works to create frictionless content experiences on smartphones, pointed out “the influence over the device is a secret weapon that carriers don’t use nearly enough to engage with their subscribers in new ways.”

Wester feels consumers are drawn to media and content that they can “find easily, navigate simply, and consume quickly.”

It appears the app certainly has potential, if the content is of high quality and appeals to users enough to convince them to eventually pay for it. It also has the potential to generate money via adverts.

“By removing the smartphone friction – types, taps, swipes, and waits – that slows users down, operators can engage their subscribers in new ways and compete with mobile advertising giants like Google and Facebook,” Wester said.

Wester also propounds another idea: owning the “first screen” on the smartphone. Mobile Posse reasarch found people unlock their phones with no specific app in mind 47 per cent of the time. The way smartphones work, unlocking the device merely presents the last app used.

Creating an engaging device unlock experience may be one way operators can “stem the tide of the duopoly of Facebook and Google” which own some of the most commonly used apps.

“Carriers are among the few stakeholders who can influence and change how the smartphone works. They can implement apps, launchers, and other mobile tech that proactively presents engaging content to the on-the-go mobile user. This approach can bolster the relationship between the carrier and the subscriber – giving carriers the mobile advertising advantage they need,” Wester explained.

Challenges
Veon is trying to use free messaging as a sort of bait, but messenging is a notoriously difficult market to break into.

Mann said: “Even by making the novel move to zero-rate access for users, the app could still struggle to gain traction. Despite this, the speed at which people transitioned from SMS to alternative messaging platforms gives some cause for optimism”.

Wester, too, had some reservations. Subsidised (or in this case free) calling, texting and messaging appeals mainly to the extremely cost-conscious consumer, he said. This means not everyone will download Veon’s app in the first place, making it difficult to execute phase two.

Operators’ main concern, however, will be deliberately cannibalising their traditional revenue by offering free calls and messaging. But in the face of OTT competition, it is something they need to consider.

“The approach is an undeniable gamble: connectivity still represents a large share of an operator’s revenue, even if it is in long-term decline. The risks involved potentially explain why other operators have shied away from attempting something similar,” Mann pointed out.

He believes to succeed, Veon, and any other operator looking to execute a similar strategy, will need to adopt the mentality of Silicon Valley. This means not only becoming more creative, nimble and flexible, but investing in emerging areas such as artificial intelligence to make their service stand out.

“These are not always traits associated with network operators and could present a major hurdle.”

It is not that operators are not thinking about their digital offerings. Telefonica offers a cognitive intelligence platform and Telia has the Min Mobile app, for example. But these offerings are still focused only on customer service. Operators need not follow Veon’s strategy exactly, but they do need to bring their attention to engaging content.