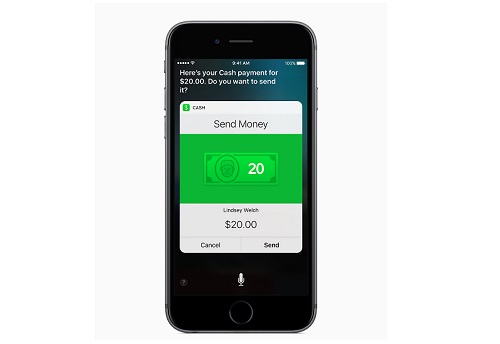 Apple showcased some of the apps it will integrate with its voice recognition assistant Siri, ahead of the upcoming release of its iOS 10 software update.

The company first announced in June at its developer conference it would allow users to interact with apps through voice in the latest version of its software update.

The functionality will be enabled through Sirikit, a new tool for developers that allows them to build an extension to their apps, and enable communication with Siri.

In a series of blog posts released this week, Apple showcased how the functionality will work, with the company looking to raise awareness to the new function in the face of increasing competition in the virtual assistant space from Amazon’s Alexa for example.

Alexa already allows users to order a cab from Uber for example by interacting with voice, but Apple has the advantage of having Siri built into their smartphones.

“With the forthcoming Pinterest integration, you can ask Siri for specific ideas you and others have saved on Pinterest, such as ‘Hey Siri, find men’s fashion Pins on Pinterest’, which will then launch you into the Pinterest App,” it said.

In another post, the company talked up Siri integration to make payments on apps Square Cash or Monzo, and using Siri to send a message using WhatsApp or Linkedin.

For the former, a payment can be made by telling Siri to launch a relevant app, and then inform Siri the amount, and who to send it to, with authentication required with Touch ID.

The same process can be applied for messaging, “letting you send WhatsApp messages to family and friends without typing a single letter”, said Apple.

Apple has said Siri integration will be available on a number of other popular apps, including Uber, Runkeeper, Skype and LinkedIn.