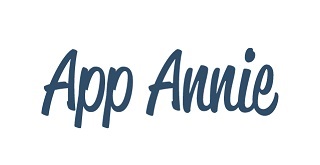 Google Play downloads worldwide were about 60 per cent higher than iOS App Store downloads in the third quarter of 2014, roughly the same lead as the last quarter, according to the latest report from App Annie.

Despite the download lead, Apple’s store maintained its leadership in revenue terms. In Q3, it brought in around 60 per cent more than Google Play.

Japan, the second largest iOS market behind the US, led revenue growth for the App Store during the three months.

Facebook Messenger is leading downloads on both stores – no doubt aided by the fact that the social networking giant is pushing users to download by removing features from the core Facebook app.

Communication and Social Networking also saw strong revenue growth in Q3, with LINE being the key driver for both stores.

Emerging markets on the up
Emerging markets were a driver for Google Play, the analytics firm said. In Q3, Brazil was the big winner in terms of market share gains, ahead of India and Indonesia.

Indonesia has seen double-digit year-on-year growth over the last nine consecutive quarters, in ine with its growing importance as a key smartphone market. Coupled with the fourth biggest population, a young population, and growing middle class, this makes Indonesia “a country to watch”.