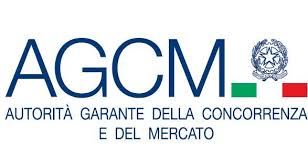 Apple, Amazon, Google and Gameloft agreed to remove the word ‘free’ from ‘freemium’ apps in Italy, following an investigation by the Italian competition authority in cooperation with the European Commission.

The companies have said they will also give users clearer warnings when in-app purchases are being made.

Italy’s Autorita Garante della Concorrenza e del Mercato (AGCM) had threatened to fine the companies €5 million, and has now given them 60 days to implement the changes.

“Consumers can now count on greater guarantees than would have been achieved by imposing fines on the companies involved in this business practice,” AGCM said in a statement, where it welcomed the commitments of the companies.

Last January, Apple settled a dispute concerning in-app purchasing with the US Federal Trade Commission (FTC), in which it agreed to refund a minimum of $32.5 million for in-app purchases made by children without parental consent. Amazon and Google followed a similar route later in the year.