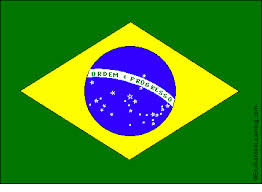 America Movil, which owns Claro, the third-largest mobile operator in Brazil, is in talks with rivals Oi and Vivo to make a bid for TIM, according to Reuters. Local reports go further and say the three firms are already preparing to mount a BRL30 billion ($13 billion) offer for Telecom Italia’s subsidiary, which is Brazil’s second-largest mobile operator.

Oi, the smallest of Brazil’s ‘big four’, hired BTG Pactual last month to sound out Telefonica and Claro about mounting a joint bid for TIM, according to Bloomberg sources. Vivo, the market leader in Brazil, is owned by Telefonica.

According to sources cited by local media, Vivo and Claro are expected to confirm their TIM interest in the next few days. It’s believed all three bidders are keen to strike a deal before a spectrum auction in Brazil later this month.

Due to regulatory concerns, however, they are unlikely to have equal stakes. Local reports say America Movil is expected to get the highest percentage if a TIM deal went through.

The Italian incumbent suffered a setback in its Brazilian ambitions when Vivendi opted for exclusive talks with Telefonica to offload GVT, the French conglomerate’s broadband unit in the country.

Telecom Italia CEO Marco Patuano had long maintained that TIM was a strategic asset, which it wouldn’t be willing to sell, but Reuters reports his attitude towards a sale has softened (if the price is right). Telecom Italia had been keen on acquiring GVT to shore up falling voice revenue at TIM (as well as help Vivendi distribute its media content in both Brazil and Italy), but that option now looks unlikely.

As part of Telefonica’s offer for GVT, Vivendi would acquire the Spanish incumbent’s shares in Telecom Italia. By exiting Telecom Italia, Telefonica would go some way to ease concerns of Cade, Brazil’s anti-trust watchdog, that the Spanish giant has too much control in the country’s mobile market.