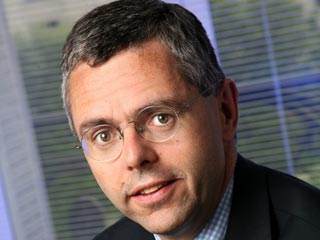 Alcatel-Lucent reported an increase in revenue and a fall in losses for the third quarter of 2013, as it continues with its restructure plan.

Michel Combes, the recovering vendor’s CEO, said: “We are seeing the first positive signs of our new operating model in our day-to-day business and are encouraged by the substantial progress in the Shift Plan key metrics.”

The loss included €117 million of restructuring charges and a €218 million financial charge. On an operating level, it saw a profit of €95 million, compared with a Q3 2012 loss of €182 million.

But the company also saw its debt level increase by €210 million to €1 billion during the quarter, which was attributed to the restructure charges, interest payments, working capital requirements as it built up inventories “ahead of large network rollouts”.

According to recent reports, the company is looking to cut 10,000 jobs over the next two years, as it looks to reduce its cost base in the face of fierce competition from rivals including Huawei and Ericsson.

It said it now anticipates exceeding the top end of its €250 million to €300 million guidance for full-year fixed-cost savings.

Revenue for its Wireless division were €1.2 billion, up 12.6 per cent year-on-year. LTE revenue more than doubled year-on-year, with the company citing contract wins from Telefonica in Spain, China Mobile and CNT in Ecuador.

Revenue for 2G and 3G technologies continued a downward trend, with revenue declining 5 per cent at constant currency.

During the period, the company announced a partnership with Qualcomm in the small cells space, which also sees the US silicon giant able to purchase Alcatel-Lucent shares – on 30 September, it purchased 0.25 per cent of the company’s share capital for $20 million.