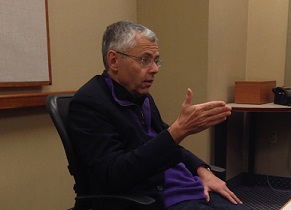 Michel Combes, CEO of Alcatel-Lucent, said the company is seeing “almost unanimous” support from customers with regard to its planned acquisition by Nokia, although cautioned that “we need to be prepared for potential disturbance” in customer activity ahead of the transaction.

Speaking on the Franco-US vendor’s Q1 conference call, he said that most of the questions have been from the financial community rather than customers, and that otherwise there is “a wide agreement that this combination is powerful”.

“The deal that we have presented is a strategic deal. I have highlighted the fact that nobody is challenging the rationale of the deal,” he said.

But there may be “a bit” of an impact in revenue growth potential where Alcatel-Lucent and Nokia have overlapping products, as customers wait to see how the joint portfolio will evolve – should these customers be in a position to delay deals.

Noting the scope of the deal, Combes said that a full combination of the two companies is “best both from a strategic viewpoint, and more importantly from a value creation viewpoint”. A wireless specific deal was ruled out as bringing “significant complexity” in terms of splitting-out various activities.

With regard to what was described as “the last unaffected quarter” before news of the Nokia alliance was confirmed, the CEO said: “Q1 was solid, although not an easy one”. But he also noted that Alcatel-Lucent was not alone in facing the challenging operating environment.

And he also made a point that the weak performance is not set to impact the terms of the Nokia deal. “One quarter does not make a trend,” he said.

Net loss
The company reported a loss attributable to shareholders for the period of €72 million, compared with a €73 million loss in the prior-year period, on revenue of €3.24 billion, up 9 per cent.

But exchange rates have played in the company’s favour at the top line: at constant rate, revenue would have been down by 4 per cent. Its ongoing cost cutting has improved gross margin, however, to 34.6 per cent from 32.3 per cent.

An improvement in operating income as well as lower financial expenses were offset by a higher income tax expense, given Alcatel-Lucent’s use of US deferred tax assets a year ago, which meant the bottom line was essentially flat.

The company is clearly not out of the woods: free cash flow was negative €332 million, although this was improved from negative €398 million in Q1 2014. Combes said that “free cash flow delivery remains at the centre of our activities,” reiterating the aim to reach positive free cash flow during 2015.

“Evidence of our progress is shown through the continued improvement in margins and cash flow. Execution of the Shift Plan is and will continue to be our top priority, underlined by our commitment to reach our positive free cash flow target in 2015. These results help pave the way for successful execution of our goals as we prepare for our combination with Nokia,” he said in a statement.

Revenue in its core networking business was up 7 per cent year-on-year to €1.45 billion, although there would have been a 3 per cent decline at constant rates. Adjusted operating income of €41 million was down from €96 million, which was “mainly attributable to reinvestments made to promote future growth as well as lower contribution from IP Routing, which was impacted by a temporary softer spending environment in North America and Japan, and variations in product mix”.

Access revenue of €1.78 billion was up 13 per cent year-on-year, but down 2 per cent at constant rates. Within this, its Wireless unit saw revenue of €1.18 billion, up 19 per cent, or flat at constant currency. Adjusted operating income for the access unit was €67 million, compared with a 37 million loss in Q1 2014, “reflecting continued strong contribution from Fixed Access, in addition to improvements in Wireless, benefitting notably from a higher-than usual proportion of software sales, and in Managed Services”.

It noted that growth from LTE rollouts in China was offset by lower spending in other regions, particularly North America.